It wasn't till 1903 that the Wright Brothers invented the first successful airplane flight, but the wheel is the Archetype of a primitive, caveman level technology that didn't become popular until 3500 B. C. Now, we couldn't imagine life without it! My work would certainly not have the same feel and interest without all my many Means of Transportation!

I have had the good fortune in my career to balance Commercial and Fine Art. My Commercial work consist of murals for Homes, Restaurants, Lobby’s etc. Commission’s and Illustration’s for specific purposes. Cards, Covers, Magnate’s etc.

Since I began painting in 1970 I had a compulsion for unique ideas. My first works were surrealistic and macabre. My mother would often say “why can’t you paint just pretty pictures and I would say “the world’s saturated with them! I had a Dark period, Alien period, Skeleton period…It’s hard to stick with one look but that’s just me. 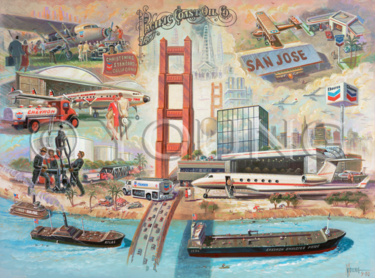 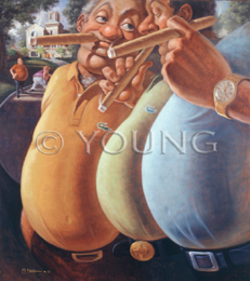 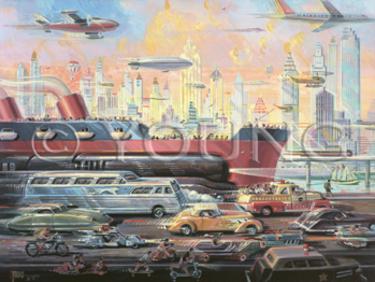 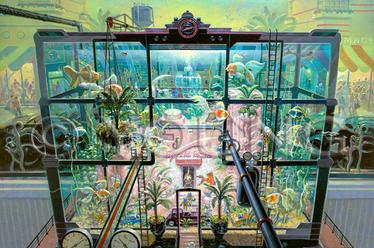 People associate certain places with fond memories. I grew up in Lansing, Leavenworth and Kansas City. I have tried to paint a local scene every year. I particularly like to capture places that no longer exist. It makes it extra special for the viewer with a connection to that painting or print.

I learned about Art Deco as a student living in New York, an accidental chance meeting in Dallas turned into a mural commission. Her request was an Art Deco Hotel with Luxury autos and a man in white tuxedo serving champagne. Because of this stroke of luck I found my subject matter for the next decade and beyond. 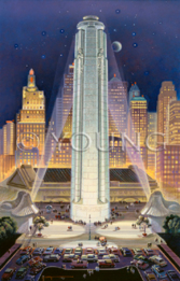 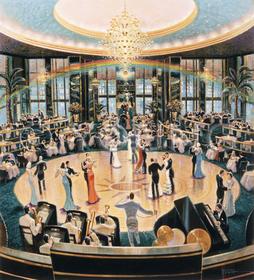 In 2000 I began experimenting with an overlapping technique I coined Prismatism, I felt I needed a break with tradition and became rebellious. I find the traditional and multi-dimensional approaches are compatible when based on sound draftsmanship.